In September 1992 friends and I thought that a taxi driver had agreed to take us from the Azeri capital, Baku, to a carpet market across the border in Russia, in the city of Derbent, Dagestan. We left Baku in the late afternoon/early evening. When we arrived at the Russian border at night time, the taxi driver refused to travel any further citing the danger of bandits on the road. He dumped us at the forlorn border post, far away from any town or hotel. Russian border guards felt sorry for us and said we could sleep in their Ladas. I spent the night stretched across the driver and front passenger seats, curled around the gear shift. We continued our journey by bus in the morning and arrived in time for the carpet market. In the grips of post-Soviet shopping mania that I describe in chapter 9 of Picnic at the Iron Curtain, it had never even occurred to us to return to Baku with the driver. 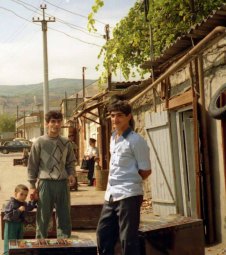 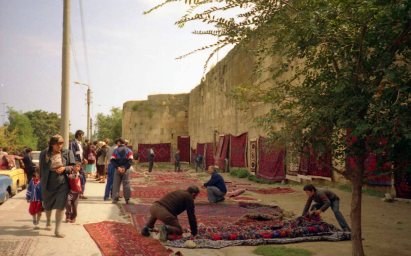